The Cape Buffalo, also known as the African Buffalo, is a bovine species from Africa that are known for their massive body and unpredictably aggressive and revengeful demeanor, and hence, widely considered as a very dangerous animal. This is also the reason as to why man has never tried to domesticate these animals. They are one of the “big five” African game animals (with the other four being lion, leopard, elephant, and rhinoceros), and is considered as one of the most dangerous animals to hunt on foot.

Weight: The largest male specimens can weigh over 835 kg, whereas the females can be up to 500.

Feet: The legs are relatively shorter but are sturdy and muscular. 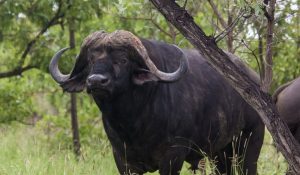 Horns: The span of the horns is wide and can reach up to 130 cm.

Sexual Dimorphism: The males are up to 100 kg heavier and more massive than the females.

The typical lifespan of the cape buffaloes in the wild is 20-22 years, whereas in captivity it is around 29.

They are spread across the major mountains of the African continent in scattered populations in parts of the western, central and southern regions. These animals prefer living in floodplains and swamps, mopane grasslands, forests of the African mountains. They look out for habitats with dense cover including thickets, reeds, and woodlands. 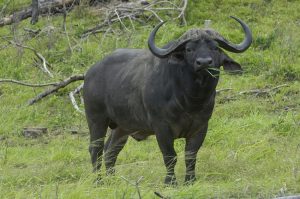 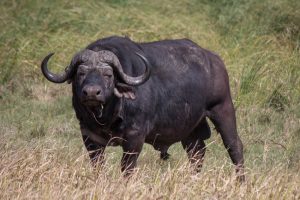 African buffalos are gregarious creatures that lead a highly social life and live in large herds that can have members up to over one thousand. Generally, there can be two types of herds: a large one with members from both the sexes and all ages, known as “breeding herd”, and a second type, which is a small, all-male herd called the “bachelor herd”. The number of members in a herd depends upon location and subspecies. Herds are usually smaller in regions with denser vegetation.

Male members can be aggressive towards each other at times, and when two males engage in serious fights (which is rare), it can even end up in the death of either or both the fighters. When it comes to choosing where to travel, each herd displays collective decision making.

Each group has its home range that does not overlap with other herds in the neighboring areas. However, the members of the herd do not consider their areas as their group’s territories. While traveling between water and grazing areas, the groups use known routes, while the entire heard can be led by both bulls and cows belonging to the upper half of their hierarchy of dominance.

African buffalos can be a dangerous animal for humans, while even the early trophy hunters considered these beasts as one of the most dangerous species to hunt in the forests of Africa.

Diet: What Do African Buffalos Eat

Cape buffalos are strictly herbivores and consume a wide variety of grasses, leaves, sedges, and other plant matters. 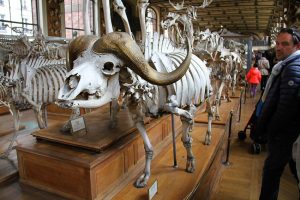 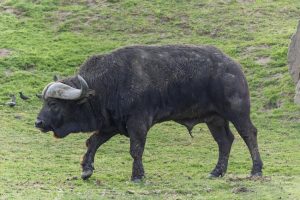 The mating season of these beasts falls between February and July, especially, during the rainy season. As the time for mating of these buffaloes approaches, the males would begin to detect when a female is ready to mate by sniffing its genitals and urine. While on heat for 3-4 days in a row (estrous cycle), the cow gets the attention of many bulls in the group. To show their interest, or court the female, the males would rub their chins on the female’s butts.

A male needs around 8 years to attain a position dominant enough to get a chance to mate. In this case, the older males get the advantage of copulating with the females because of their massive size and experiences to combat.

The female remains pregnant for almost a year. During pregnancy and deliverance, the cows continue to stay with their herds. The female typically gives birth to a single calf. The calves are not good runners initially and often left behind, being vulnerable to attack by predators. The weaning period of the juveniles usually lasts for 4 to 12 months, but up to 15 months in some cases.

The female calves make strong social ties with their mothers, while the males spend most of the time with the main group. The entire group is always ready to protect the young members. A single distress call of a calf will gather all the members to its rescue. They emit vocalizations and sounds to communicate with or call the others. 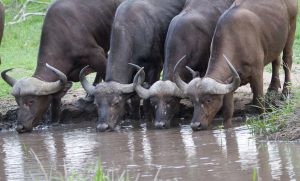 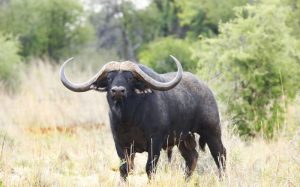 In their wild habitat, the lions and large crocodiles are their most common predators, but spotted hyenas, leopards, and African wild dogs, too, hunt them down at times, forming packs.

The IUCN 3.1 has enlisted this species under their ‘LC’ (Least Concern) category. 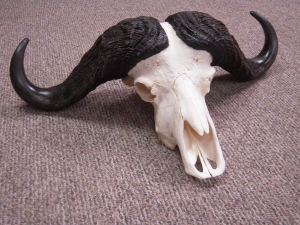 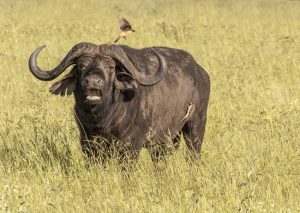