Arctic lampreys are a circumpolar species of eel-like jawless fish. They exhibit sexual dimorphism in the fact that females are smaller than males. 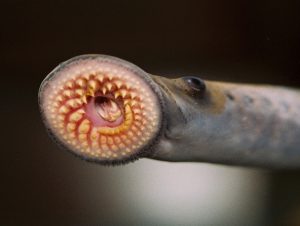 Color: They exhibit a grey, brown or olive color on the dorsal side while the ventral parts are pale.

They are distributed from the Lapland in Finland to Kamchatka in the Russian Far East and extend to Japan and Korea in the south. Arctic lampreys also live in the waters close to Alaska and Northwestern Canada.

They prefer a coastal freshwater habitat spread across sandy and stony substrates. They can be found sheltered under riparian vegetation in these habitats. 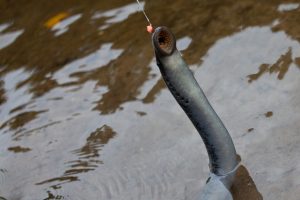 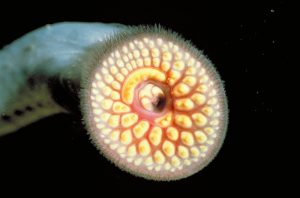 The mating process of Arctic lampreys involves the male and female participating in construction of redd, which is a nest made by removing rocks with their mouths and using their tails to fan out the smaller particles. They then move on to intertwining with each other and depositing eggs and sperm into this nest. Females are capable of depositing up to 100,000 eggs based on her size. Depending on the water temperature, eggs can take between 1 to 2 weeks before hatching.

The hatchlings are born without eyes and mouths with which they can suck. This larval form of these organisms, called ammocoetes, can last between 3 to 7 years before they metamorphose into adults, gaining their eyesight, mouth and teeth. They also become sexually mature after metamorphosis. 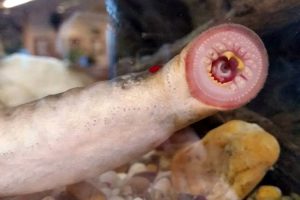 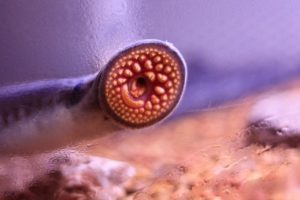 They live for around 7 years.

Arctic lampreys are preyed on by river otters, fishes and gulls.

The Arctic lamprey is categorized under the ‘Least Concern’ list of the IUCN. 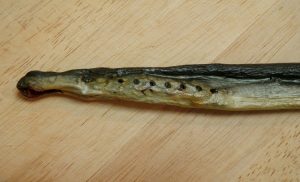 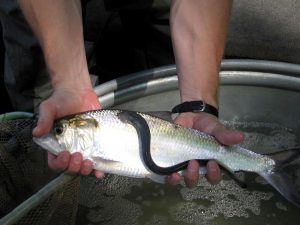