Arctic char is an icy cold water fish. It belongs to the Salmonidae fish family. The fish is related to trout and salmon both, thus having characteristic traits of the fishes. This shiny fish is a great show and makes a fine and healthy delicacy as well.

Looks :  Arctic char has a proportionate body and head structure. Its body is slim and long with colorful scales on the body.

Color :  The fish is very colorful all over. The salt water ones have green or metallic blue backs with small spots on them. Their underneath sides are yellowish. The fresh water ones are silvery in color. They are generally multi hued, and have the spots on them.

Their flesh color ranges from icy white to orange-ish pink. Sometimes the flesh even comes in red inside. 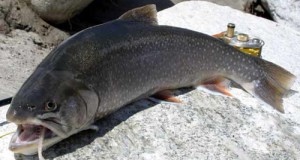 Arctic char is a very nutritious fish that is good for all ages of people to consume, unless someone is allergic to salt water fishes or fresh water fishes then the person should avoid consuming the particular species. Find out the nutrition content in every 100gm of Arctic char fish below:

Arctic char fishes, in their very early age, diet on organic matters and planktons at the bottom of the water body. Gradually as they grow in age and size their diet habit switches to smaller fishes and other small water creatures.

Arctic char is rich in omega-3 fatty acids. This nutrient is very important for brain development of young kids. Thus this fish is a must have in diet regime during pregnancy. This is also important for the mothers in post-natal condition during breast feeding.

Arctic char is a very nutritious fish that is highly recommended for kids and pregnant women. Find the health benefits of consuming Arctic char below: 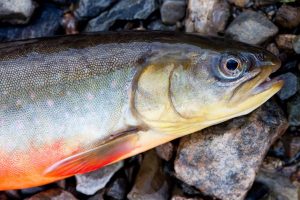 Arctic char fish species are found of both salt water and fresh water species. They can be found in plenty in northern hemisphere of earth. Their range widely spreads over the marine and fresh water bodies of Arctic Islands, Greenland, Iceland, and all over Northern America.

Arctic char fish species prefer deep down the bottoms of water bodies for inhabitation. Both the salt water species and fresh water species are fond of depth of the water bodies. For spawning also they choose bottom of the gravels under water.

Arctic char fishes have long life span. In some exceptional cases they might even live up to 30years of age. An average Arctic char fish usually lives for 20years to 24years. They attain sexual maturity at the age of 10years.

Arctic char fish species, both the salt water ones and fresh water ones attain sexual maturity at the age of 10years. The male ones are polygamous in sexual nature in each season. The female ones are monogamous in a single reproduction season. They spawn during September and October months. During this period, each female group is accompanied by one male, who mates with several females of the species. While courting the females the male would circumambulate the females and then rub against them slightly. Then the females and the male in the group liberate their eggs. The liberation part takes place in day time when there is sun.

The hatchlings stay at the bottom of the gravels till they are 6-7inches in length and then they venture out. Growth rate of the Arctic char younger ones varies a lot. 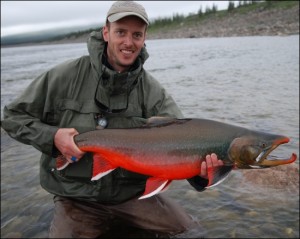 Arctic char fish species, both salt water species and the fresh water ones, are in the least concern state in terms of their conservation status. They are perfectly safe and are unlikely to suffer any threat in the near future.