West Indian manatees, also commonly known as sea cows, are aquatic mammals found in the waters around the Caribbean. 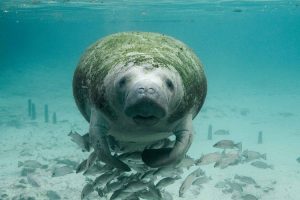 Color: Their skin color is variable between brown and gray.

West Indian manatees live in estuarine, fresh and marine waters. The Antillean subspecies stay further out in the sea than their Florida cousins. 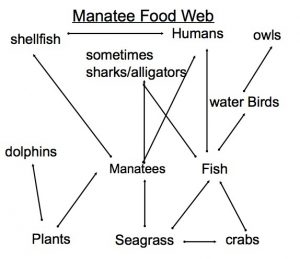 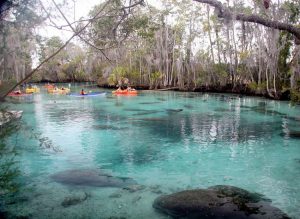 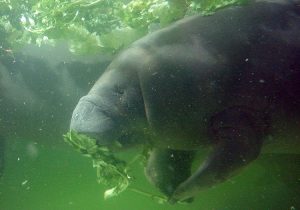 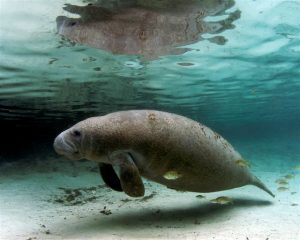 They breed once every 3-5 years. A female in estrus attracts up to 20 males who pursue her for about a week and sometimes up to a month. The female often mates with more than one male. After a gestation period of 11-14 months, she gives birth to a single calf, although twin births have also been observed on occasion.

Offspring are born with molars and premolars so that they can start consuming sea grass soon after birth. They stay dependent upon their mothers for the first two years of their life. Males reach sexual maturity by the time they are between 9 and 10 years old, while females become mature when they are 4-5 years old, but become successful mothers between 7-9 years of age. 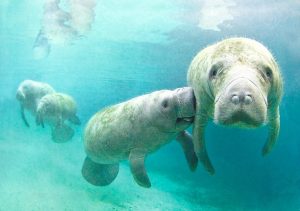 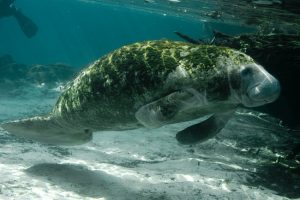 They live for around 30 years in the wild.

They do not have any natural predators. 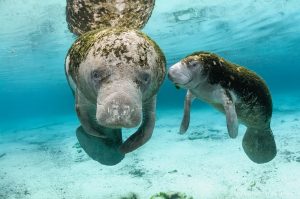 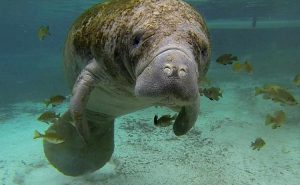 The IUCN has categorized the West Indian manatee under their ‘Vulnerable’ list.

Why is the West Indian manatee endangered

While not yet classified as endangered, their numbers have been on a decreasing trend over the past few decades. The primary reason behind this downswing is constant hunting for their hide and meat. Illegal poaching and unfortunate collisions with water-crafts also kill many of these marine mammals annually.

Currently, their population is estimated to be less than 2,500 mature individuals.