Stoats are a species of mammals belonging to the Mustelid family of Europe and North America. They are also known as short-tailed weasels and ermines. The male stoats are called dogs, jacks, hobs or bucks. Female ones are called bitches, jills or does. The species have been listed as one of the world’s 100 worst invasive species. Find out all about this mammal in the article below. 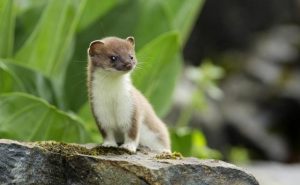 Length : Male stoats are larger in size than the female ones. Males are 29 cm. long on average, with their tails being 11 cm long. Female stoats are measure about 26 cm in length, with 9 cm long tail.

Weight : stoats in Europe have been observed to weigh between 90 gm and 445 gm.

Body : These mammals have a long, cylindrical body and neck, but very slender. Their legs are very short in comparison to their body. They have a tail with tinge of black at its tip.

Color : Stoat are nutty brown colored in summers. Their underneath parts are very pale with a tinge of brown. In the colder regions of the world it turns more furry and white on color in winters.

The tail tip remains black throughout the year.

These mammals look similar to the weasel family but are quite a lot distinct in behavioral traits. 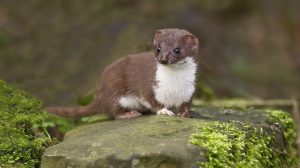 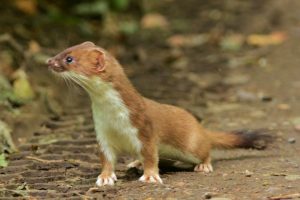 Stoat is found majorly spread all over British Isles. It is also widely found in North America, northern regions of Europe, temperate forest areas of Asia and the tundra regions.

Stoats mostly diet on other small mammals like rabbits and mice. They also eat big insects, carrions, earthworms, eggs of reptiles and birds, juvenile birds, small birds and many other species in juvenile stage. 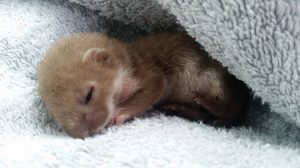 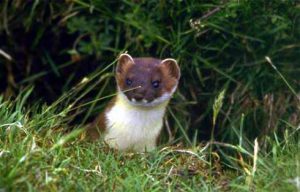 This species of mammals mate from April till July.

These mammals are not monogamous beings. The male stoat matures for fertility by the month of May to August and they mate with the females in April till July. The females of this species are very territorial during reproducing period. Their gestation period is usually a span of 280 days. Male species do not play any role in bringing up the juveniles. The new born ones are completely covered with whitish or pinkish swathe.

The new born ones of this species are born without visual and audio powers. They are also toothless when born, enclosed in a whitish or pinkish cover. Their first sign of milk teeth occur post 3 weeks from birth but they get into solid diet habits post the fourth week. They gain visual ability post sixth week. Their black tip tail immerges approximately after seventh week. Before the seventh week young stoats need warmth from outside to keep themselves warm. Thus they cluster together with other new born ones or their mother stoat. The lactation period ends by the age of twelfth week. The male young ones attain sexual maturity at the age of 11months. The female ones attain sexual maturity as early as third week. Adult male stoats often mate with young, weak, hairless, deaf and blind females.

Stoat has many predators in the wild. Tiger, lion, leopard, jaguar, bear, cheetah, couger, shark, killer-whale, alligator and crocodile are the most common predators of stoat. 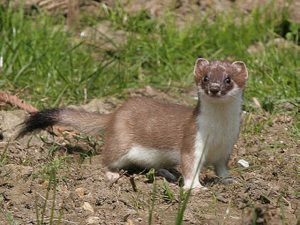 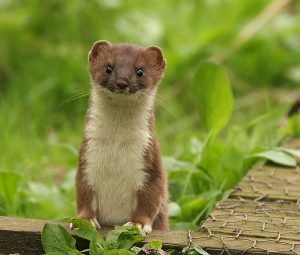 There are not many adaptive features of this species of mammal. Their only natural adaptive feature against predators is that they release a strong and musky odor from some glands around their sexual parts whenever they smell danger. This alerts other stoats nearby and they can hide in safe shelves.

An average stoat lives for a year or a year and half. But it has been observed that some of these species have even lived up to 7 years in the wild.

According to IUCN reports after surveying the Stoat species is completely safe and has been categorized as Least Concerned.

Find out some of the most interesting facts about stoats assembled below.

Check out the pictures of stoat below. Find out how these amazing mammals look like and how are they different from weasels. 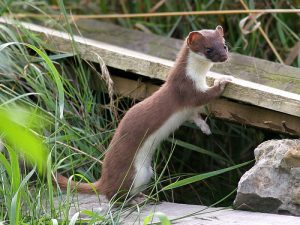 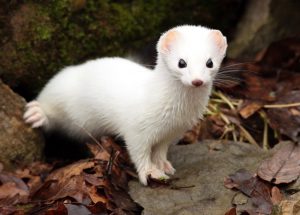