The Southern Tamandua is a species of anteaters that are found in the dense forests of several South American countries, and are known in many other names like northern tamandua, lesser anteater, collared anteater, or simply, tamandua. Genetic evidence suggests that these semi-arboreal mammals may have diverged from their closest cousin, the giant anteater, 12.9 million years ago, during the late Miocene era.

Body Fur/hair/coat: Southern tamanduas possess short but dense fur. Their coat color varies depending on where they live, ranging from solid colors like black, brown or blond (without marks), to coats with bold, dark markings.

Head: The skull (head) is thin, narrow, and without a prominent neck region, which gradually narrows towards the snout.

Feet: The feet are strong, well-muscled (especially the forelimbs), and covered with dense fur, with the foreclaws bearing long, sharp nails. 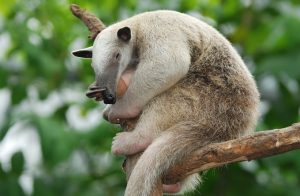 Sexual Dimorphism: There are no significant differences between the male and the female.

In the wild, the average lifespan of the tamanduas is nine years.

The ranges of the four recognized subspecies of the southern tamandua are:

Except for the breeding season, the tamanduas are typically solitary creatures. They are shy animals, and it is difficult to study them. Scholars believe that they are primarily nocturnal; however, they have been observed being active during the daytime too.

Whenever awake, they are active typically for a period of eight hours, which they primarily spend foraging. Though they can move through the trees as ease, they are not much comfortable on the ground.

Their claws and muscular forelimbs are enough to help them defend themselves by fighting off several of the potential enemies. If attacked, these animals would stand on their two legs and attack the predator with their sharp nails. 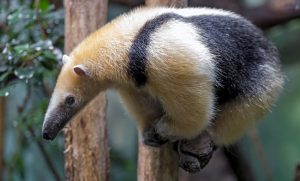 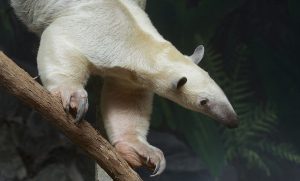 The primary foods of the southern tamanduas are ants and termites. However, they have also been seen consuming bees and honey.

The typical mating season of the tamanduas falls during the fall. The female of the species can have multiple estrus cycles throughout this period of breeding. The gestation period lasts for 130 to 150 days, and when over, the female gives birth to one single offspring.

They do bear twins at times, but that’s relatively rare. Like most of the other anteater species, the female carries the young juvenile on its back during the first month after birth. The babies remain with their mothers and depend on their care until they are about a year old. Soon after, they attain the age of sexual maturity and move on to lead an independent life. 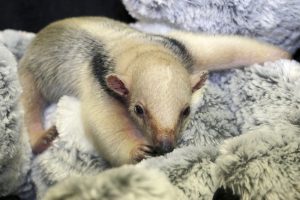 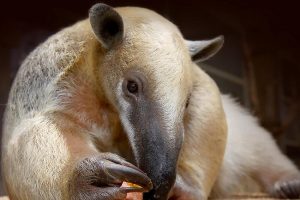 The jaguar is one of the only predators of this creature to have been discovered so far.

The IUCN 3.1 has enlisted the species under their ‘LC’ (Least Concerned) list. 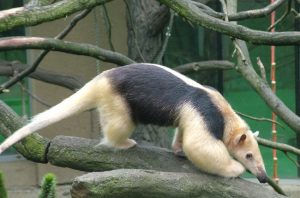 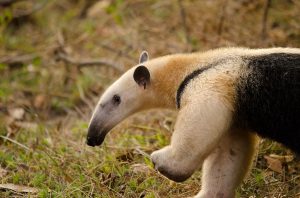