The Mountain Gorilla is a massive African gorilla, which is also the largest living primate. It is one of the two subspecies of the ‘Eastern Gorilla’ (with the other one being the ‘Grauer’s Gorilla’, or the ‘Eastern Lowland Gorilla’, the more populous one). The term ‘beringei’ in the scientific name of the mountain gorilla is in honor of the German explorer Captain Robert von Beringe, who discovered the animal on October 17, 1902, during his expedition to the volcanic Virunga mountains. These critically endangered herbivores lead a peaceful social life, and rarely attack humans. 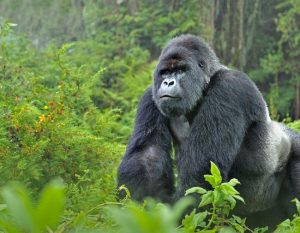 Weight: Adult gorillas weigh anything between 300 and 425 pounds.

Bodily Characteristics: They have a short and thick trunk with a broad chest and strong shoulders. The arms are sturdy and somewhat longer than the stubby legs.

Facial Features: The eyes and ears are dwarfed by their huge head, while the muzzle is glossy and hairless. Like most other gorillas, their nose is special in the sense that no two mountain gorillas have the same nose print.

Lifespan: How long do they live

The longevity of these animals in the wild is about 35 years, and in captivity, approximately 53 years. 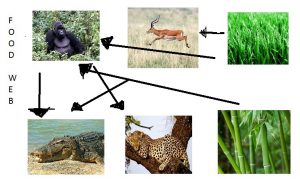 Distribution & Habitat: Where do they live

The location of this giant Gorilla is the high altitude biomes, ranging from 5,413 to 12,435 feet of the tropical rain forests of Virunga Mountains, the Democratic Republic of Congo, Rwanda, and Uganda. They specifically like living in bamboo forests.

They are found in a total of four national parks today, viz. the Bwindi Impenetrable, the Mgahinga Gorilla, the Volcanoes, and the Virunga national parks. 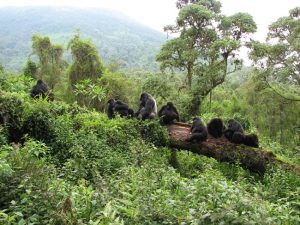 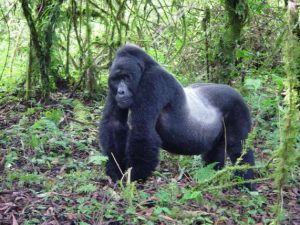 The Bwindi population from Uganda was thought to be an independent subspecies by some primatologists. However, no description has yet been finalized.

These primates live in groups (called ‘troops’) of up to 30 members consisting of a few younger males, juvenile or adult females, and babies, and is led by a silverback alpha male that is at least 12 years old. The alpha males are highly intelligent and take all the responsibilities, general decisions related to feeding trips, traveling, resting, and other group activities. They make sure that order is maintained within the troop.

The mountain gorillas are normally shy by nature, but when threatened, they can immediately turn aggressive. They display their rage banging on their chests, emitting roars and grunts of disgust. The alpha male usually attacks, while the females will fight to their death to protect their infants. 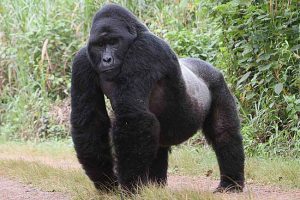 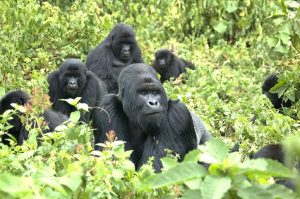 Mountain gorillas have herbivorous eating habits and need a lot of food daily. They have an important role in the ecological niche since they consume a variety of leaves, fruits, and plants without clearing the entire site of vegetation, allowing for renewal and regrowth of plant species. Wild bamboo, stinging nettles, celery, bedstraw thistles are their favorite.

The Mountain Gorilla has no specific mating season. The silverbacks father the majority of the young in their groups. The females attain sexual maturity at the age of 10 years and can carry one baby (or at times, twins) during one gestation period, lasting for 8.5 months. They can mother 2 to 6 offspring in a lifetime.

The newborn weighs around 1.8 kg, and are helpless and dependent. They spend time and travel places clinging on the backs of their mothers until they are four years old. However, the weaning period begins at around 3.5 years. 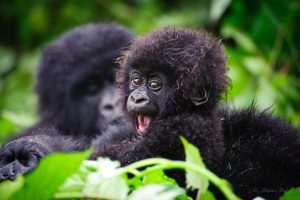 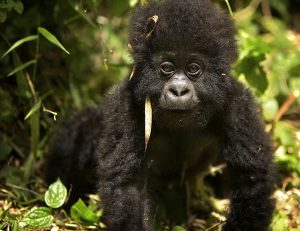 Apart from hunters and poachers, they are sometimes attacked by leopards. Population from the lower altitudes can be attacked by crocodiles. Otherwise, being a powerful herbivore, they have no ‘natural predators’ above them in the food chain.

As of September 2016, the total number of mountain gorillas left in the wild is approximately 880. However, important measures have been taken by world’s top wildlife organizations, including the WWF, to protect them from extinction. Since 1996, these montane gorillas have been classified as ‘Critically Endangered’, before which (1986-1996), they were just ‘endangered’. Factors like habitat loss, hunting, illegal charcoal production, oil and gas exploration, war and instability, human poaching, diseases including pneumonia, etc. 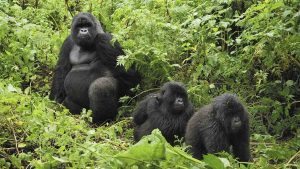 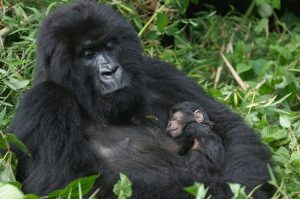 At present, the Mountain Gorilla is a ‘critically endangered’ species. The IUCN 3.1 has categorized them under the ‘CR’ (Critically Endangered) species list. 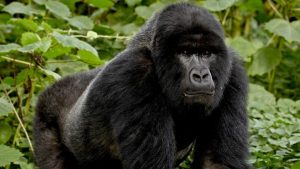 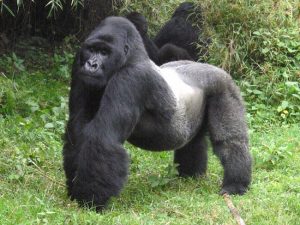