Hoary bats are found across the Americas. They are able hunters and can travel up to 39 km during their forages. 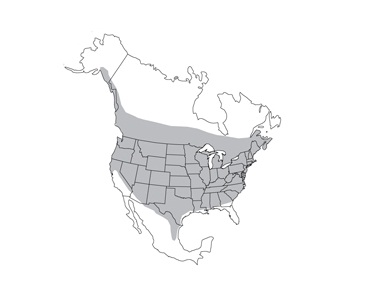 Color: Their body is covered with thick dark brown hair which is tipped with white. 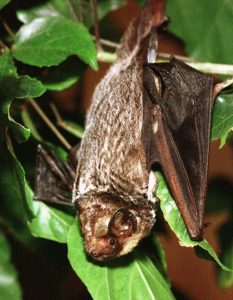 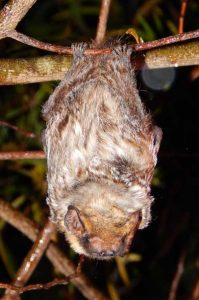 There are three subspecies of the hoary bat: 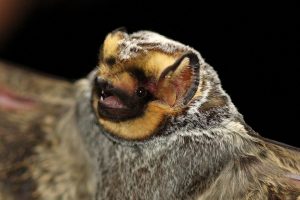 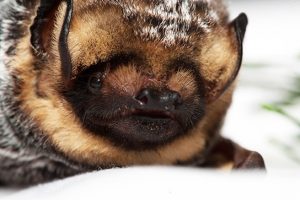 They usually mate during their autumn migration or at their wintering regions. Fertilization takes place a long time after copulation, around spring. Young are born between mid-May and early July after a gestation period believed to be around 40 days. Generally, 2 pups are born, but the litter size can vary from 1 to 4.

The pups are born deaf and blind, staying that way for 3 and 12 days respectively. They gain the ability to fly by around 23 days of age and are eventually weaned by 34 days. They reach sexual maturity by the time they are one year old. 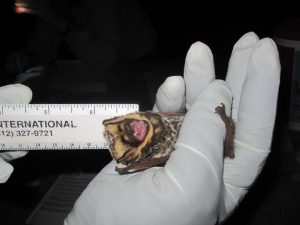 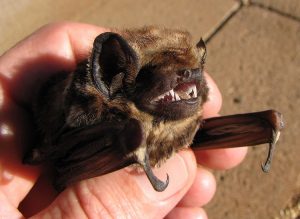 Their life-expectancy in the wild is around 6-7 years.

When disturbed while resting they make a sharp hissing sound. They also make an audible chattering during flight.

Owls and hawks are the primary predators of the hoary bat. Rat snakes occasionally feed on them as well, as do American kestrels. 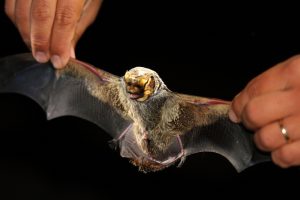 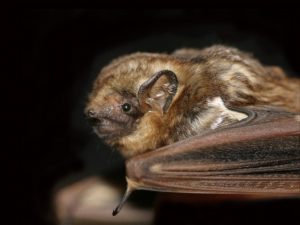 The IUCN categorizes the hoary bat under the ‘Least Concern’ list.