European starlings, also known as common starlings are noisy birds found across the world. They are considered an invasive species in most areas of their inhabitation as they are known to lead to the decline in populations of native birds.

Color: They have a yellow beak, greenish to bluish-purple iridescent black plumage. There are yellowish spots on their body. During the molt in summer and spring males lose these spots, and their bills become bluish, and the winter molt darkens the beak in both the male and female. Juveniles have a grey-brown plumage but attain adult plumage after the first winter molt.

Common starlings are found throughout the Northern Hemisphere. They are native to Europe, Morocco and Egypt in Africa, Syria, Iraq, Iran, Pakistan, India, Maldives, Nepal, and North-western China. They have also been introduced in Australia, New Zealand, Fiji, North America, South Africa, and many of the Caribbean islands. These birds commonly migrate to New Guinea, Southeast Asia, and Thailand. 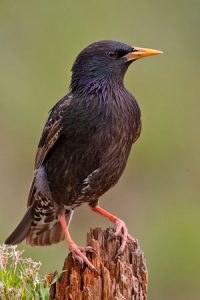 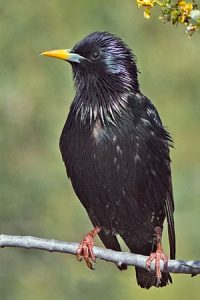 The subspecies of the European starling have been listed as follows: 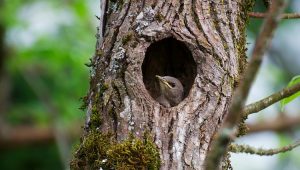 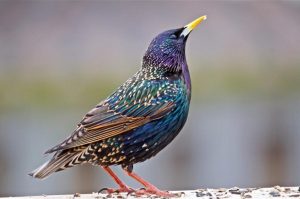 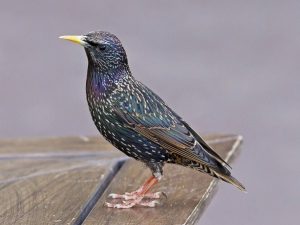 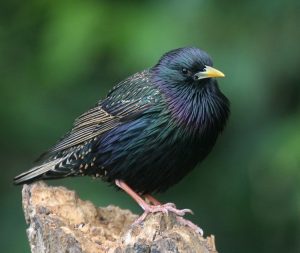 For common starlings that inhabit the Northern Hemisphere, the breeding season occurs from late March through early July while for those in the Southern Hemisphere it is from September to December, although the length of the season varies each year in both hemispheres. The breeding is divided into three phases, with a clutch as a result of each. The second and third clutches are results of the European starling’s polygyny. The males start making a nest during the breeding season, and it is finished by the female. The eggs are shiny white and light blue. Incubation, which lasts for around 11 days, is done by both parents. The majority of the incubation, however, is done by the female.

The chicks, born blind, deaf and helpless, are fed exclusively soft foods for the first few days, with the parents widening the variety as they grow older. The chicks fledge after 21-23 days, but the parents go on feeding them for some time. They reach sexual maturity when they are 1 year old. 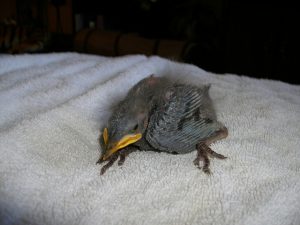 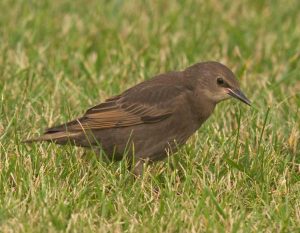 Common starlings live for up to 15 years in the wild.

They make sounds like whistles, warbles, creaks, clicks, gurgles and chirrups. They are also able mimics and can copy sounds they hear in the environment. Additionally, they have a ‘querrr’ sound while in flight, a ‘chip’ which warns others of the presence of a predator and a snarl when attacking an intruder. 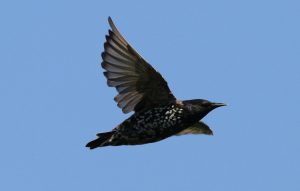 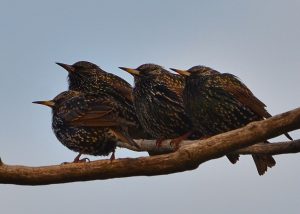 Falcons and domestic cats prey on European starlings sometimes. Because they live in such large flocks, the predation rate for them is low.

The International Union for Conservation of Nature has listed the European starling under their ‘Least Concern’ category. 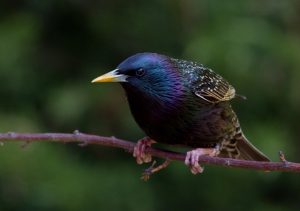 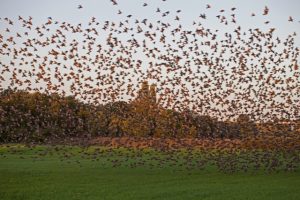