The European Hedgehog, also known as the West European Hedgehog, Brown-breasted Hedgehog, Common Hedgehog, or simply Hedgehog, is one of the 17 hedgehog species, and is widely spread across their geographical range. They are often kept as pets because of their ‘adorable’ looks, as also, their natural habit of eating a wide variety of garden pests. A recent population estimate counts 1,550,000 of these animals in Great Britain, out of which, 1,100,000 are in England, 310,000 in Scotland, and 140,000 in Wales.

Body & Spines: The animal has an overall brownish appearance, with most of the body covered by brown and white spines. A typical hog has between 5,000 and 7,000 spines. 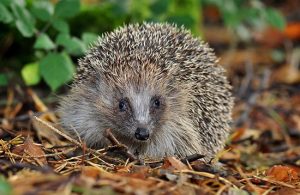 Sexual Dimorphism: Visibly not distinct, with the females being slightly shorter than the males.

Hedgehogs typically live for two to three years in the wild; however, the maximum recorded age is seven.

West European hedgehogs are distributed throughout the western, as well as, some parts of northern Europe. In Britain, the animal is widely spread, and has been introduced to many islands.

This species of hedgehog prefers lowland habitats with ample of cover that will allow nesting easily. They are commonly found in farmlands, gardens, and parks. 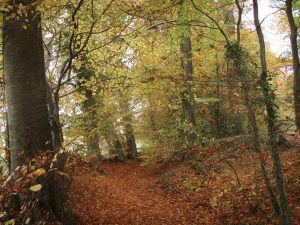 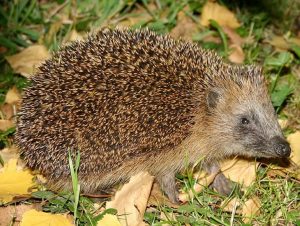 Currently, no subspecies of the common hedgehog has been defined by the biologists.

Hedgehogs are nocturnal creatures that spend mostly a solitary, except during mating. They also show up collectively at times when there is a common source of food, like leftover foods by humans or other animals.

These mammals spend much of their life sleeping. They hibernate through the cold months of winter inside the nest made from dry leaves typically under sheds or log piles, or else, in other safely-sheltered places.

As the snow begins to melt in spring and the sun gradually turns warmer, the animals emerge from their nests. However, even then, they spend the entire day sleeping and would go active only after sundown. Hedgehogs are also expert swimmers and have the ability to run quickly.

Invertebrates including slugs, earthworms, beetles, and caterpillars, top the list of the hedgehog’s diet. However, they have also been noted consuming carrion, as also, the ground-nesting birds’ eggs.

These mammals are completely promiscuous. One female may mate with five or more males during the breeding season. They breed only seasonally, as the associated sexual behavior in the males begins from March or April, and lasts till August or September. After a gestation period of 30-40 days, the female gives birth to 2 to 7 young babies referred to as ‘hoglets’.

In Britain, the average litter size is four to five, with the maximum recorded size of 10. During birth, the offspring are naked and pink in color, with eyes and ears sealed, and without the characteristic spines. They are about 70 mm in length, weighing between 8 and 25 g.

Interestingly, the very first white spines begin to emerge within 24 hours from birth, whereas, the second, pigmented, spines begin to show up within 36-48 hours. The main spines, though, take about two to three weeks to grow. However, these spines get replaced by the adult spines that show up when they are around six weeks old.

Within 10-11 days, the juveniles are able to partially roll up, while within 4 weeks, they can roll up fully on their own. By the time they are 3 weeks old, they consume solid food for the very first time, and are eventually weaned within the age of 38-44 days.

The baby hedgehogs spend the first six weeks of their lives with their mother before they become independent, and learn to forage for themselves. The young hedgehogs attain the age of sexual maturity within 9 to 12 months from birth. 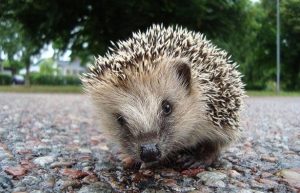 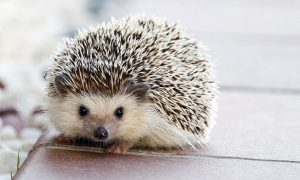 The most common predators of the hedgehog are various species of badgers, foxes, owls, snakes, and domestic dogs.

Hedgehogs have a static population across their range and has hence been enlisted by the IUCN 3.1 under their ‘LC’ (Least Concerned) category. 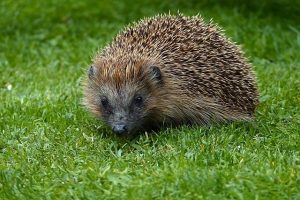 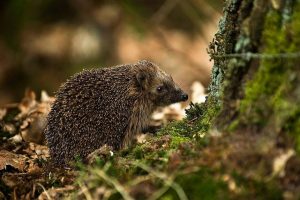