Borer, also known as Borer Beetle, is a type of insect that belongs to the Anobiidae family. These are very small in size, cylindrical in shape and tend to be anywhere from 1 to 9 mm in length.

There are various types of Borer. Some of the main and most popular varieties of this insect are

Some other common types of Borers are

These pests live under shrubs and the bark of trees. Beetles and moths are some of the most common pests of this type. These insects generally attack trees that are damaged or dying. These also attack trees that are under stress in some way such as overwatering, transplanting, drought or any mechanical injury. These insects, especially the “clear-winged” types, can even damage seemingly healthy trees. 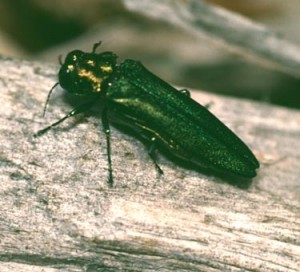 These insects take one to three years to mature completely. These develop beneath woody plant barks. When matured into adults, they bore a hole in the bark and emerge through it. Many moths and beetles are wood borers in their larval stage.

It is a type of borer that attacks squashes that grow in the wild as well as those that are cultivated. It is often mistaken for a wasp or a bee. These species have brilliant orange scales on their hind legs. The pests lay eggs at the foot of leaf stalks. The eggs develop and feed within the leaf stalks, ultimately killing the leaves.

This variety is found in most temperate regions of North American states, leaving the areas of the Pacific coast. It is difficult to control or kill this variety with the aid of insecticides.

It is also referred to as the European high-flyer. This pest is native to Europe and attacks grains such as maize. It is believed to appear in Europe in the early 1900s. European corn borer damages the ears and stalks of corns which make plants topple over after a point.

It is a severe kind of pest that usually attacks gray, yellow or other types of birch trees. These are dark and slender in appearance and have a flat, expanded region behind the head. These can be controlled by chemical as well non-chemical agents. Pesticides, which are used to destroy these pests, are generally poisonous and should be used with caution. Using excess of these pesticides contaminate ponds, streams and forages.

This caterpillar is about an inch long and its body color varies from white to yellow and is marked by black or brown round spots. This pest usually attacks plants like sugarcane, sorghum, corn, rice, pampas and other tall grass varieties. The young ones of this bug hatch within 3-7 days and develop over 25 days before turn into pupa. Adult borers emerge from these pupas in approximately 25 days.

This insect is native to North America and causes extensive to fruit plants like peach, plum, apricot, nectarine and cherry. The larvae of this pest moves under the tree and is thus, very difficult to control.

It is a type of longhorn beetle that mainly damages lemon trees. This winged insect also attacks other citrus plants, ornamental trees and blueberry plants and usually causes their death after a point of time. It is brown in color. The larvae phase of this bug is the longest of all borers and can be extended to a year. This is also the stage when it can cause the maximum damage to host plants. 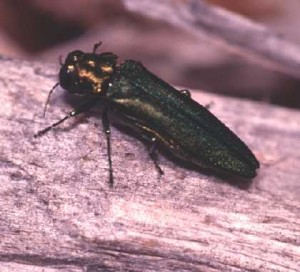 For an adult Borer diet mainly comprises of leaves, pollen and tender bark.

When fully matured, these pests come out through holes in the barks and engage in mating. These lay eggs within the bark, generally inside the tiny cracks on the surface. These eggs are usually hatched within one or two weeks. The new borers that emerge from the eggs make holes over the bark surface and enter through them. The subsequent developments take place under the bark.

How To Get Rid Of Borer Bees?

It is hard to control these insects by use of insecticides. This is primarily because the pests keep themselves protected under tree barks. However control is possible if pesticides are sprayed while the insects are laying eggs or engaged in adult activities. Spraying pesticides on trunks during egg-laying is effective in killing these insects. Adult borers often feed on leaves and twigs of plants before laying eggs.

Insecticide spraying differs with the type of borer species. Application of these chemicals usually depends on time of egg-laying, emergence of adults and time of activities of insects. Insecticides, once applied, remain for around 1-2 months. If insects lay eggs over a longer time period, pesticides need to be applied again for Borer removal.

The pesticide Permethrin is considered to be most effective for Borer control. There are very few Permethrin filled insecticides that can be used to destroy Shade Tree Borers. Recently, a product known as Imidacloprid is being marketed for Borer pest control. This chemical can be safely used in soils for borer killing. It helps control Honeylocust borer, bronze birch borer and other Flatheaded insects that remain and feed just below the bark.

However, Imidacloprid has limited usage in Borer prevention. It fails to restrict Dioryctria spp., carpenterworms and clearwing borers that develop into moths.

Want to check how this insect looks like? Here are some Borer images that will give you a clear idea about this creature. Check out these Borer photos to know about the appearance of these pests. 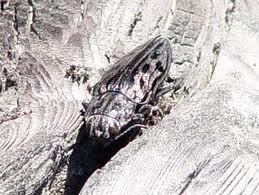 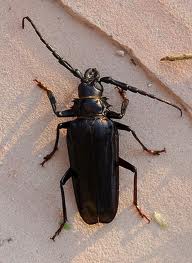