The Corsac Fox, also called the steppe fox and the sand fox, is a species of Asian foxes that are widely spread throughout their range. However, the populations of the corsac fox are known to fluctuate significantly, as their numbers can drop tenfold within a year’s time. These foxes have ever been threatened by hunting for the fur trade. Corsac foxes usually try to stay far away from human disturbances like the areas used for agricultural purposes. Hence, they are not considered as pests.

Fur/Coat: Much of the body is covered with soft grey to yellowish fur, while the underparts are paler, with some light markings on their chin, throat, and mouth. With the advent of winter, the hairy coat turns quite thicker with a silkier texture and a straw-grey coloration, along with a darker line that runs down their back part. 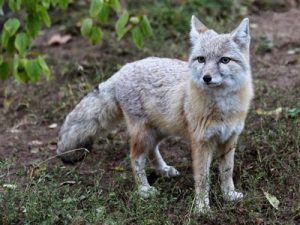 Body: Medium height and size with short, sturdy legs and a stocky appearance.

Head: The skull is broad, compared to other fox species; the face is expressive, having a pair of long, almond-shaped eyes with a thin width; the muzzle is long bearing dark nostrils (nose).

Teeth: The line of teeth in both jaws are small, compared to other foxes, but are sharp, adapted to eat small animals like rodents.

These canids live around nine years in the wild, and up to 13 years in captivity or as a pet.

Habitat: Where do the Corsac Foxes Live 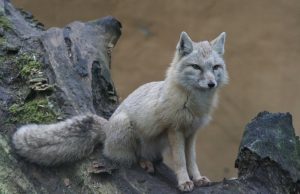 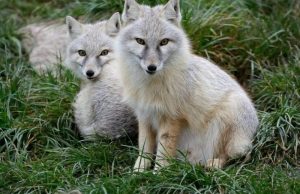 Classification of Species by Distribution

Based on their range, currently three subspecies of the corsac fox have been recognized:

In the wild, the corsac fox is reportedly nocturnal. Interestingly, they remain active all day in captivity. These foxes are good climbers; however, their running speed is moderate, and hence, can easily be caught by a slow dog.

They have excellent senses of vision, hearing, and smell. These foxes are nomadic in nature. They do not maintain a fixed range of their homes, but instead, they migrate southward in the chilly months of winter especially because, during this time, hunting is tough due to ice and deep snow.

In the winter, these canids build small hunting packs often consisting of mated pairs and their growing offspring. Corsac foxes are more social compared to other fox species. Many individuals are seen living together along with other foxes in either a common or adjoining burrows, resembling ‘corsac cities’.

Corsac foxes often acquire their burrows from other animals like marmots, badgers, ground squirrels, etc. The burrows that they excavate are usually shallow and simple. These animals catch their prey using a typical style by leaping into the air and dropping down on it. Such action reduces the chances of escaping.

Sounds & Calls: How do they Communicate

Reportedly, these animals emit a barking call during hunting, as also, while threatening their rivals. For a social greeting or sending an alarm call, they give out high-pitched yelps or chirps.

Diet: What do the Corsac Foxes Eat

The corsac fox is mostly a carnivore, but also show omnivorous behavior since they consume some plant matters at times. However, they prefer rodents including hamsters, ground squirrels, voles, gerbils, and jerboas. They would also consume large quantities of insects, as well as pikas and birds. These foxes are scavengers and are often seen scavenging on carrion and human refuse.

The mating system of the corsac fox is monogamous. The time falls between January and March. During this period, the males engage in fighting between each other to gain access to the females.

The gestation period of the female is 50-60 days with a typical litter size of 2 to 6. However, the maximum recorded litter had 11 young.

Initially, the mother fox creates its own birthing den, which they often share with other pregnant vixens. However, it keeps moving the juvenile foxes to new burrows several times after their birth. The father fox assists in the raising of the baby foxes. 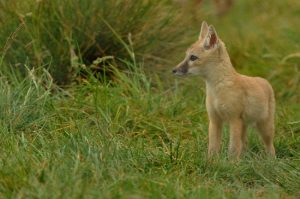 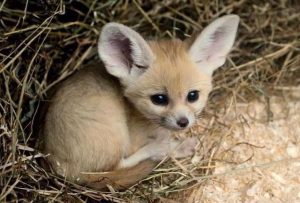 The newly born babies weigh approximately 60 g (2.1 oz). They are covered with a soft and fluffy, light brown fur, which gradually turns yellowish, as they grow up.

The kits are born blind and open the eyes when they are around two weeks old. They begin consuming solid food like meat when their age is approximately four weeks, which is also their age of weaning.

Soon after this, they emerge from their den. The age of sexual maturity of the corsac fox is 9 to 10 months, and are able to reproduce by the second year of their lives.

The natural predators of the corsac foxes include eagles, wolves, buzzards, and eagle-owls. 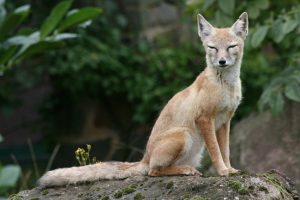 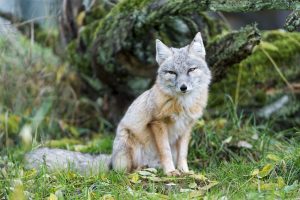